A Brief History of Shito-ryu Karate:

Each of our arts has a rich history backed by an intact lineage of lifetime instructor-student relationships. Shihan Crosswell is a second-generation student of the founder of Shito-ryu via three key historical sources. 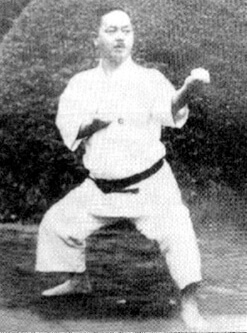 Kenwa Mabuni was born in the late 1800s in Okinawa, and from an early age was privileged to study with many of the great martial arts masters of his day. Okinawa's long history of contact with China coupled with near–constant threats from Japan had produced a rich martial arts tradition in the region, one that was in full swing at the dawn of the 20th century. Two of the major styles of empty-handed arts being taught in Okinawa at the time were Shuri–te and Naha–te—each named for the city in Okinawa where they developed and headed by the legendary Anko Itosu and Kanryo Higaonna respectively.

Mabuni began his training with Itosu, the leading Shuri—te master of his day and originator of the popular Pinan (or Heian) basic kata series that is performed in most major karate styles today. Though he remained dedicated to his first sensei throughout his lifetime, Mabuni had an insatiable hunger for martial arts knowledge, and was constantly seeking out new information. When one of his best friends, the legendary Chojun Miyagi, introduced him to his Naha—te teacher Higaonna, Mabuni proceeded to throw himself into learning this second Okinawan martial arts system as well.

Both Shuri—te and Naha-te included hard and soft techniques, and Mabuni further added to this broad-based knowledge by incorporating additional techniques from Southern White Crane and the other Chinese kung fu styles available to him. In time, he became known as a living encyclopedia of kata forms, and was eagerly sought out by serious martial artists throughout the region as well as by the local police force and grammar schools, who wanted Mabuni to teach them practical defense applications and physical discipline. 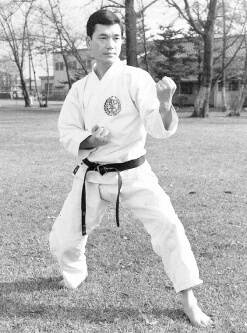 Mabuni eventually moved to Osaka on the Japanese mainland in the 1920s to devote himself to popularizing Okinawan martial arts. He named his style Shito-ryu in honor of his two primary teachers, taking the first character of Itosu and Higaonna's names and combining them using alternate readings.

Mabuni's influence on nearly every modern style of karate is often overlooked outside of Shito-ryu circles, but his detailed knowledge of both Shuri-te (the precursor to Shotokan-ryu, Wado-ryu, and Shorin-ryu) and Naha-te (the precursor to Goju-ryu) meant that the forefathers of many of these later styles, including the well-known Gichin Funakoshi, often turned to Mabuni for kata knowledge and technical expertise as they were developing their own unique martial arts systems.

Passing on the Tradition: 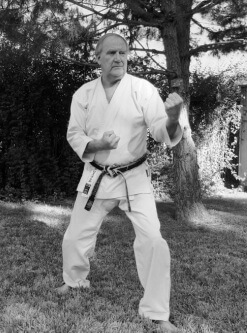 Most of today's top Shito-ryu instructors derive their source information from one or two teachers that studied directly under Kenwa Mabuni or under one of his protégés. Shihan Rudy Crosswell (full biography) is unique in that he holds master-level rank in three separate sub-styles of Shito-ryu as taught by three of Kenwa Mabuni's top students, even as he has continued to interact closely with many more senior Shito-ryu masters over the years. His passion for detail and insistence on the historical preservation of traditional forms has allowed him to develop a nuanced and multifaceted understanding of what is arguably the most comprehensive style of karate ever developed.

Like Mabuni himself, Shihan Crosswell's insatiable hunger for martial arts knowledge has led him to compile a stunningly broad kata syllabus that includes forms from multiple Shito-ryu sources as well as from White Crane, Ryuei-ryu, and other rich empty-handed traditions. The result is one of the most complete, detailed, and historically authentic programs of karate study to be found anywhere in the world today—a program that is available to every student of Shihan Crosswell's International Shito-ryu Karate Federation as well as its Arizona Budokan headquarters.

As an avid historian, Shihan Crosswell maintains an extensive library on the origins and techniques of both Shito-ryu and karate in general. For more information, contact the Arizona Budokan directly or friend us on facebook.